Animated stories and nursery rhymes from the BBC including traditional tales such as The Ugly Duckling.

Balloon Phonics is a game which focuses on three letter words (cvc). There are three game modes: Initial sounds, Middle sounds and End sounds. Appropriate for Phase 2 Letters and Sounds. 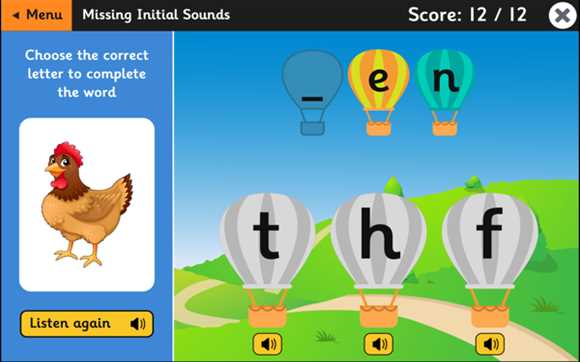