Look at the nine pictures and see if you can see which one begins with each of the letter sounds.

Drag and drop sorting games. You need to sort the three bears clothing and food according to size.This site works well on an interactive whiteboard and provides an opportunity for learning maths vocabulary about size.

An illustrated animated site which can help children learn subtraction within 5 or 10. It works well on an interactive whiteboard and you can make up your own subtraction sums within 10.

A delightful, amusing animation to a Christmas song which young children will love.

Listen and watch what happens in this classic nursery rhyme called 'As I was going to St Ives' and then play the games that go with it.

Listen and watch the animated nursery rhyme and then try the games that go with it.

A nursery rhyme with simple drag and drop matching games.

Listen to and watch the animated story of Eric the Engine. The site works well on an interactive whiteboard.

Sing along to the song and video clip of the nursery rhyme The Animal Fair. Lyrics are provided together with a print-out version. Click icon for full-screen format. 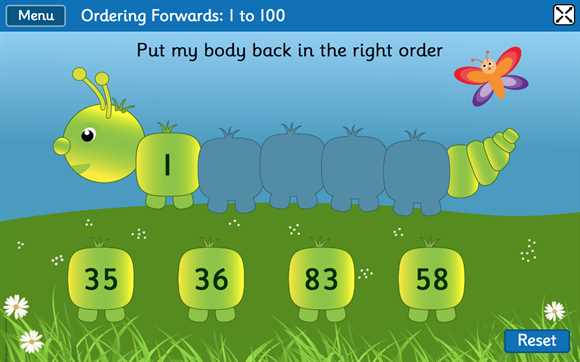