Play the factors and multiples in this game with Princes Dick and Dom. Your mission to make an antidote to combat a terrible plague spreading through their Kingdom.

9-11 year olds
Growing Up in the Second World War

7-11 year olds
Life on Board the Mary Rose

The fascinating story of the Mary Rose spans almost 500 years. Here you can find out about life on board the ship.

Comic sketches, short dramas and music about the Tudors. Topics include guides to the reigns of Henry VIII and Elizabeth and more.

An excellent site for addition, subtraction, multiplication and division practice. Good for learning your times tables. Also it is a useful tool for teachers to demonstrate balancing simple equations.

Hectic and great fun! Score as many points as you can by clicking on the multiples of 2, 3, 4, 5 or 7. You can make the game easier by changing the speed or harder.

We have produced these pages about the Ten Commandments which appear in both the Jewish and Christian Bibles. There is also a 'Ten Commandments' activity for children to try.

A telling the time game. Choose the correct time and the mouse runs up the clock to get the cheese. Get it wrong and the cat is waiting! 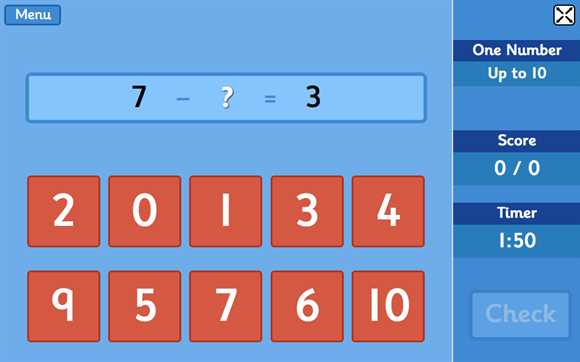