A shopping game where you pay for the items using single value coins.

A free selection of printable maths worksheets in pdf format, taken from the year groups 1 to 6. 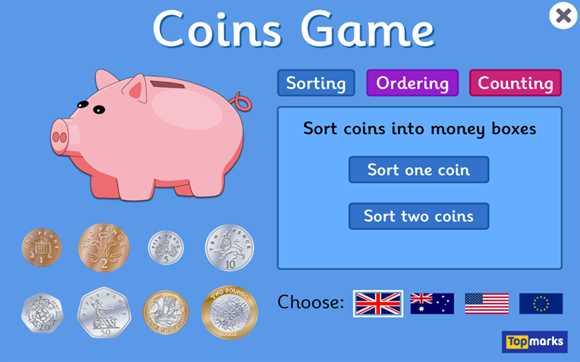