This resource is
for Key Stage 2

Switch to the
Key Stage 1
version 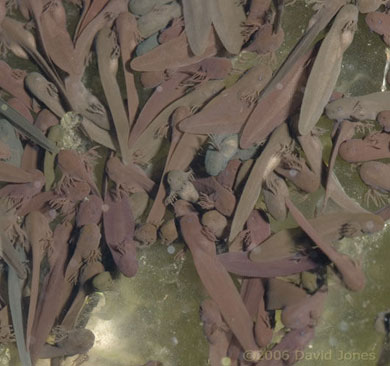 Around three weeks after spawning the tadpoles hatch out from their eggs. They are each about 12mm long. They still feed from the old jelly mass and any algae which is growing on it.

At this time most of the tadpoles seem to be together. Can you see the feathery-like gills on the sides of their heads? At the moment these gills are on the outside of the tadpole's body and the tadpole breathes through these, getting oxygen from the water.