Everyone comes together for dinner which is a feast. A popular food is ‘jiaozi’ which are dumplings boiled in water. These dumplings are prepared on New Years Eve and served right after midnight with garlic-soy sauce. A coin is often hidden in one of them. It is thought to be lucky to be the person who finds the coin. The dumplings are shaped like gold and silver bars in the hope that they will bring good luck and good fortune. It is believed that the spirits of the family’s ancestors are also at the meal and food is prepared for them. 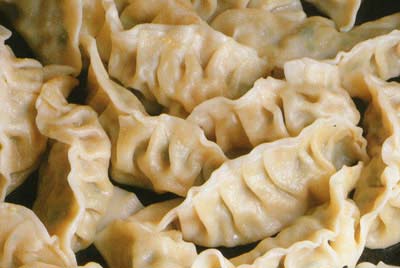 After dinner the family sit up playing card games or board games such as Chinese chess. Every light is supposed to be kept on until midnight when there are fireworks and firecrackers which are meant to scare off evil spirits.

Early on New Years Day children receive lucky red packets called ‘Hong Bao’ containing sweets or money. Chinese children love these.They are usually given them by their parents or grandparents, but it is considered rude to open the envelopes in front of the person who has given it. 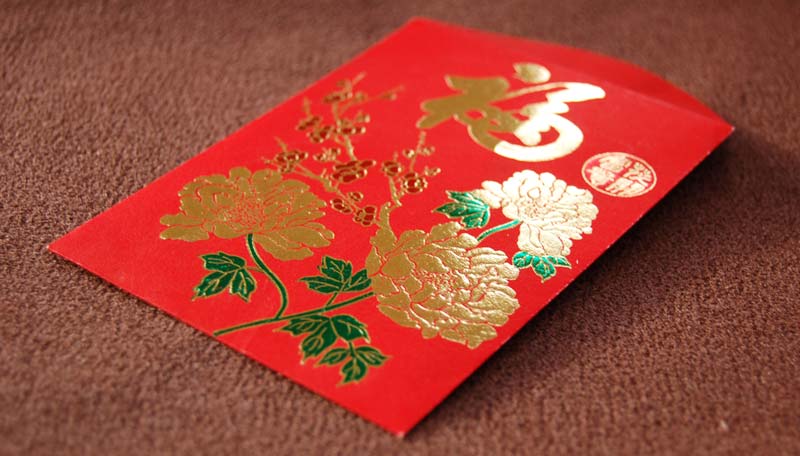 Again the red colour symbolises good luck and wealth. They often have a picture of a fish them as the Chinese word for fish sounds the same as the word ‘plentiful’.

Try making your own red envelope from our printable template.

Later on the paper seals on the houses are broken, red clothes worn for luck and visits are made to family and friends. It is a good time to be friendly to others and forget old arguments. People greet each other by saying 'Kung Hei Fat Choy!', which means Happy New Year!

Find out about Street Celebrations