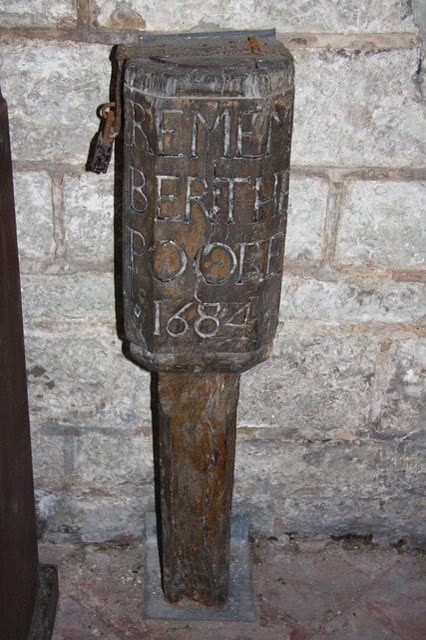 Alms Box with inscription 'Remember the Poore 1684'.
© 2012 Richard Croft and licensed for reuse under the Creative Commons Licence

Boxing Day is usually on 26 December in the United Kingdom, Canada and some other Commonwealth countries. If 26th December is a Sunday, then Boxing Day happens on Monday 27th December. The day after Christmas Day is also known as St Stephen's Day or the Feast of Stephen as mentioned in the carol 'Good King Wenceslas'.

No one really knows how Boxing Day got its name. The name could have come from the custom of priests opening alms boxes in churches after Christmas. Inside the boxes was money which had been given for poor people in the days coming up to Christmas.

Another story of how it began is from the tradition of employers and wealthy people giving their servants and trades people gifts, known as Christmas Boxes, as a way of saying thank you for good service throughout the year.

The Christmas festival continues until 6th January, which is known as Epiphany.