Santa Claus is also known as Father Christmas, Saint Nicholas, Kris Kringle or just Santa. Santa is a jolly man with a long white beard. He wears a red coat and red hat with a white fur trim. 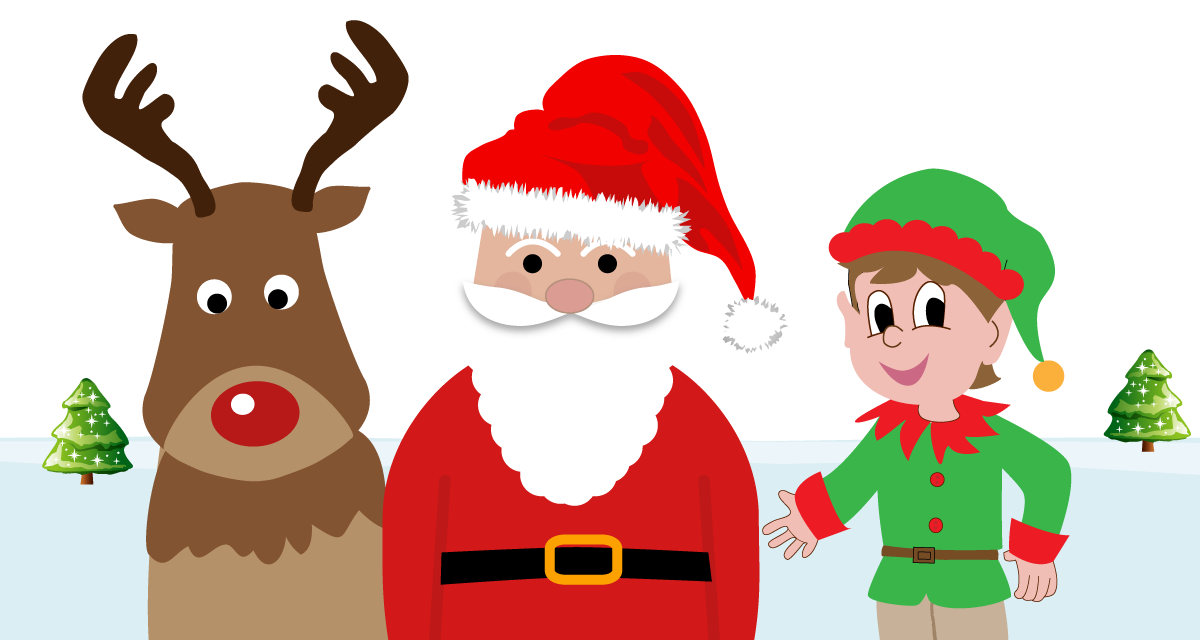 We know that from at least 1820's Santa Claus has been living at the North Pole with a large number of elves and nine flying reindeer. The names of the reindeer are; Dasher, Dancer, Prancer, Vixen, Comet, Cupid, Donner, Blitzen and Rudolph. This team pull Santa's sleigh of toys round the world with Rudolph guiding the way with his bright, shiny red nose.

During the year Santa and his elves prepare lots of toys for girls and boys who have been good. All being well he will deliver the gifts on his sleigh to sleeping children on December 24th which is Christmas Eve. Of course you need to let Santa know what you would like, so you can either write to him or visit him the weeks coming up to Christmas in his grotto near where you live.

Remember to hang up a stocking or pillow case where he can leave gifts for you. If you have a Christmas tree he will probably leave presents underneath. It is always a good idea to leave a drink for Santa and we know he loves mince pies. It would also be kind if you leave a carrot for Rudolph, or the other reindeer, as it is such a busy night for them too.