Christmas Day is a public holiday in Christian countries. Festivities include the exchanging of presents. To children this is probably the most exciting day of the year when if they have been good they can open the gifts left by Santa Claus. 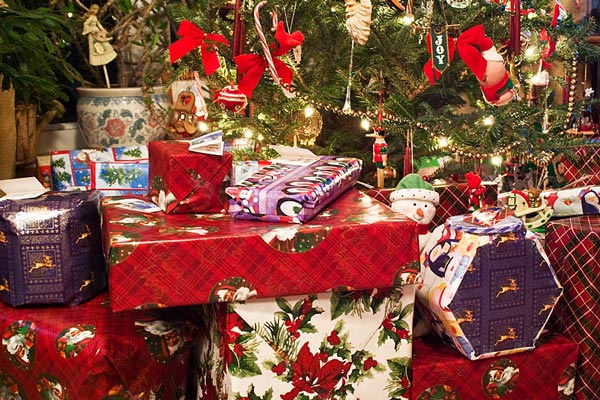 The word Christmas comes from Cristes maesse, or "Christ's Mass". It is the time when Christians celebrate the birth of Jesus.

No-one knows when Jesus was born, neither which day nor even year. One reason for this is that at the time Jesus was born people used the Roman calendar which was different to ours. It is now believed that Jesus was born between 7BC and 4BC.

Pope Julius 1 chose 25 December as the date of the nativity around 350 years after Jesus' birth. This seemed to be a good choice because people had for a long time celebrated winter festivals such as Yule in Northern Europe. Giant logs were trimmed with ribbons and green plants and then burned to the gods in the hope that the sun would shine more brightly. Another was the Roman festival Saurnalia where Saturn, the god of Harvest, was honoured by merrymaking.

Both of these festivals were around the time of the shortest day of the year in Northern parts of the world. With our modern instruments we now know this to happen on 21st or 22nd December.

Usually, the day after Christmas Day is Boxing Day.