Christmas carols are songs where the words are about Christmas or winter that are sung just before or during Christmas. 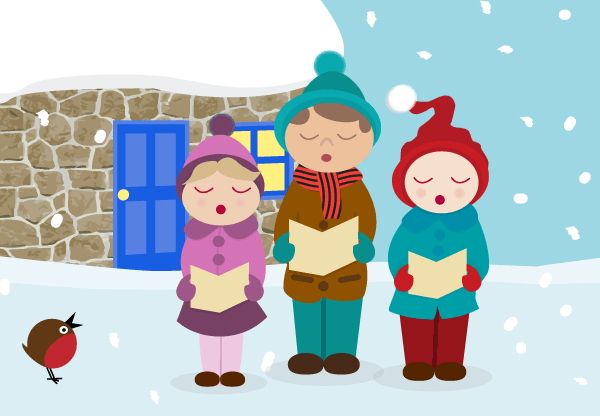 Some early carols are six hundred years old. People loved to sing carols then. However, in 1647 and during the time of Oliver Cromwell, Christmas was cancelled because it was thought that people were enjoying themselves too much to remember Jesus Christ.

King Charles II brought back the Christmas festival, but it wasn't until around 1822 in Victorian times that people wanted to sing carols again. The tradition has continued ever since. It is also customary to give money to carollers who wander the streets singing outside people's homes.