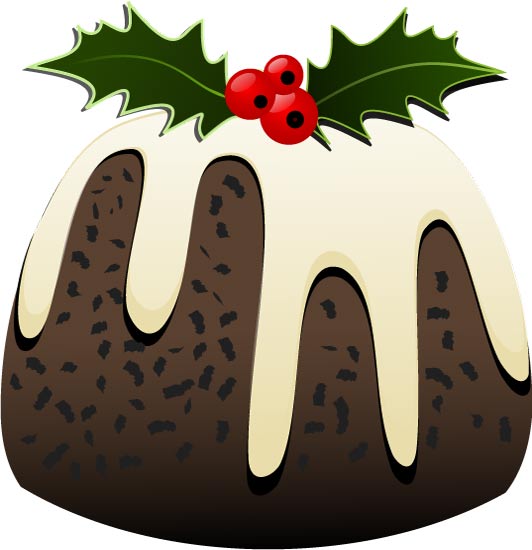 Christmas Puddings as we know them were introduced as a family tradition in Victorian times by Queen Victoria's husband, Prince Albert. The puddings looked and tasted very much as they do today. However, in those days they were all made at home and all the ingredients had to be chopped and mixed by hand. These days most people buy them from supermarkets. People sometimes pour brandy over the puddings and set fire to them.

The puddings that we have now are nothing like the first Christmas pudding recipes which date back to the Middle Ages. Then known as mince pie, they contained chopped chicken, pheasant, rabbit and partridge. Later sugar, apples, raisins and candied oranges and lemons were added to the mixture.

In the 14th century the traditional pudding changed into a sort of porridge which was made from beef, mutton, raisins, currents, prunes, wine and mixed spices. This was eaten before the Christmas celebrations began.

In 1595 spirits, dried fruit, eggs and breadcrumbs were added to the recipe which became known as Plum pudding. Not everyone was happy with the puddings. A group of people called the Puritans said this pudding should not be eaten as it was not suitable for followers of God.

By 1714 the puddings no longer had meat in them and it was King George I who said they should be eaten at Christmas time.