For many years fir trees decorated with ornaments and lights have been part of our Christmas festivities. Long before Jesus was born evergreen plants played an important part in people's lives. 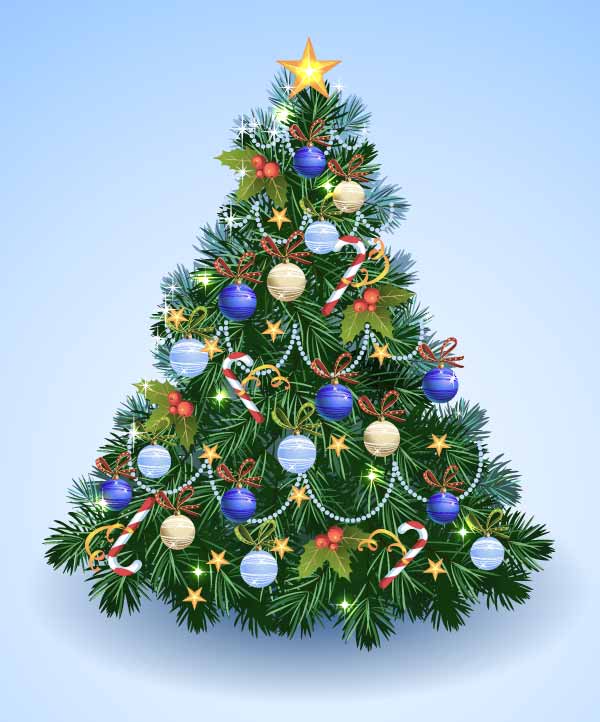 To the Ancient Egyptians, Chinese and Hebrews, evergreen trees, wreaths and garlands were symbols of everlasting life. In Europe tree worship was also common and people from Norway and Sweden used to decorate their houses with evergreen plants at New Year to scare away the devil.

When Europeans became Christians they still kept the evergreen traditions as part of the Christmas festival. The custom of having a Christmas tree in the home came from Germany. In medieval times German people had a 'Paradise tree'. This was a fir tree hung with apples to remember Adam and Eve in the Garden of Eden. These trees were set up on December 24th and candles were often added to represent Jesus Christ.

In 1800 Queen Charlotte, the German born wife of George III, as far as we know had the first Christmas tree in Britain at a Christmas Day party at Windsor. Members of the Royal family had Christmas trees long before ordinary people. Princess Victoria had one in Kensington Palace in 1832.

The person responsible for Christmas trees becoming popular in Britain was the German Prince Albert who was Queen Victoria's husband. In 1848 he allowed 'The Illustrated London News' to print a picture of the Royal Family gathered round their Christmas tree. After that everyone wanted one. Victorian trees were decorated with candles, fancy cakes and sweets.