Easter Day is always on a Sunday but the date varies unlike Christmas, which is always on 25 December. Many years ago Christians decided that Easter Day always be on the Sunday following the first full moon after the first day of Spring, around 21 March. This means that Easter can be as early as 22 March or as late as 25 April.

In fact not only is Easter a movable feast but it happens on different dates depending on where in the world you live. The reason for this is that in western churches such as in the UK, America and Australia, we use the Gregorian calendar rather than the Julian calendar used in eastern churches. 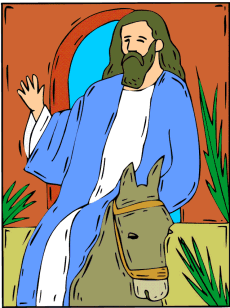 Easter is the most important Christian festival. Christians are followers of Jesus Christ who lived about 2000 years ago in a country called Judea. They believe that Jesus was the son of God. At Easter time Christians remember the last week of Jesus' life.

How did Easter get its name?

Long before Jesus was born some people in Europe worshipped the Goddess of Spring, whose had the name 'Eostre'. They thought that the sun died in winter and was born again in Spring. They thought the goddess brought the spring and with it the sun would get stronger. Some believe that Easter got its name from her.

Read about the Easter festival timeline starting with Shrove Tuesday.