Mothering Sunday is on the fourth Sunday of Lent. It is often called Mother's Day in Britain. However it has no connection with the American festival which is also known by the same name.

On this day children often give their mothers gifts and cards as a way of saying thank you for their hard work. Have you seen our guides to making pretty Mother's Day cards? In church, prayers are said for mothers at a special service.

In the past girls who worked as domestic servants were given the day off work to visit their mothers. They often took a simnel cake as a present. Simnel cake is especially associated with Mothering Sunday. It is a fruit cake with two layers of almond paste. On top there are eleven balls of marzipan, one for each faithful disciple, Judas not being included as he betrayed Jesus. 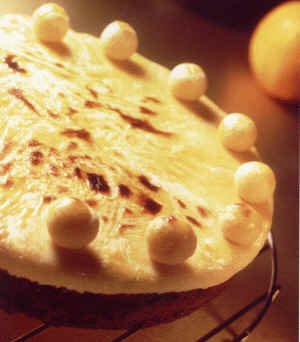 The last week of Lent is known as Holy Week.